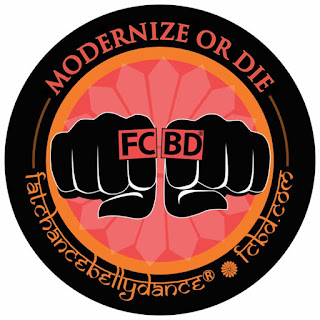 As many of you may know, I teamed up with Carolena Nericcio-Bohlman of FatChanceBellyDance a couple of years ago to create a line of versatile clothing - both for dance and for fashion - and we carved a little sewing studio out of part of her dance studio in San Francisco. We've come up with some fun garments that have been doing well and this is where I sell the Bessie Skirt. Unfortunately, despite our best efforts, the city had other plans for us and a dance studio that has been a huge part of my life for many, many years now has to close.

These things don't happen overnight, of course. Bit by bit San Francisco has been rubbing out its diversity with greed. The Bay Area is congested beyond belief. The commute into the city is a nightmare unless you hit it just right - and this is getting worse by the day.  If you have to schlep lots of stuff around, public transportation isn't feasible, Parking is all but nonexistent, the landscape changes daily, businesses are gone overnight, citizens are fleeing  because of the impossible conditions of trying to get by............and then it is exhausting to come back in............dance class attendance was down and getting worse because of all of this. Despite obvious interest in sewing classes, it was just too hard to fill a class............

I knew it was all over when I came into the city for our weekly meeting/ product development/sew-fest and the cheapish parking lot ( the only one close by) was closed.  That was the nail in the coffin for me. And then the landlord died. Well, we know now what comes next.

So everything is changing and the studio is shutting down. Classes will be spread around to make it easier for all to attend and Carolena is opening a shop in Half Moon Bay where the Bessie line will be featured. There will also be online shopping, of course! The magic will continue and it will be awesome! There is much more fun to be had!

An era is ending, but a new one is beginning. Modernize Or Die is the new motto.

Posted by Kathleen Crowley at 2:25 PM