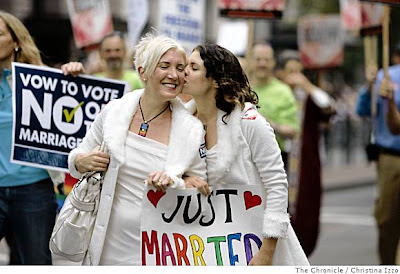 So of course I had stayed up extremely late working the night before and couldnt get up early enough to dance in the parade this year.
The Dykes On Bikes always have the FatChanceBellyDance/Red Lotus/Saaidi/Nefertem gang come dance before they open the parade.
So we open to open!
Oh well. Maybe next time!
It was extra special this time around because of the marriage thang. Obviously!

Here is a link to a little vid from sfgate - my girls Saaidi are dancing and look spectacular!

kc.costumecouture@gmail.com
Posted by Kathleen Crowley at 9:35 PM No comments: 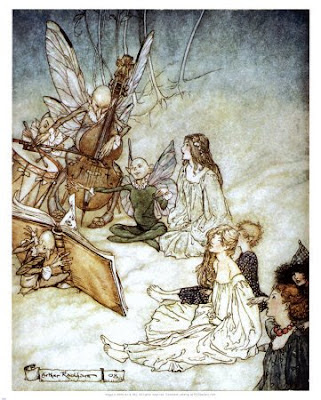 Alas, I must sew the fyne seem tonight
to earn my daily bread.
Onward go the fairies above in thier chariot of steel
to the Midsummer Nights Dream reading
~ sigh ~

It is with deep regret that I share the cutting mat
with my olfa rotary blade
and BBC Arts and Drama tonight
instead
Posted by Kathleen Crowley at 8:56 PM No comments: 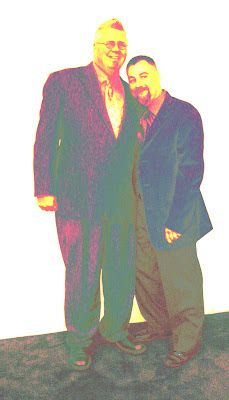 Matt James and Tom Holly were wedded at City Hall
June 27th, 2008
Champagne and cake were served afterwards back at the ranch!

It was a small affair for being part of history in the making. And I was lucky enough to be one of the witnesses. They did participate in the mass wedding earlier in the century that made the headlines, so this was to make everything legal and binding.....
the house.....the cat.....the dogs......the car......for better or for worse (although we dont say this anymore if we have a lick o sense!)

I like the term "partners for life". You both stand on equal ground and no one owns the other.

Everyone at city hall was so happy. It wasn't just gay marriages happening. Everyone was participating .....straight, gay....hooray!

I like marriage. I would like someone marriageable to come along one day. That spells m-a-r-r-i-a-g-e-a-b-l-e - no issues here! (you know who you are!)

Until then, this makes me happy!
Posted by Kathleen Crowley at 2:33 PM No comments: 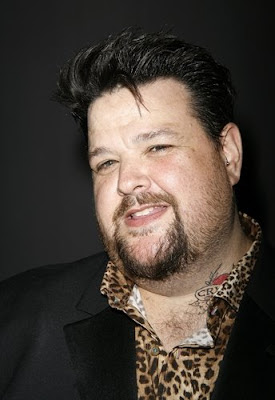 The rumors are abounding that July 19th has been formally announced as Chris March Day in San Francisco. While, I dont really know if thats the absolute truth - why not! And Im telling everyone anyway.

Here is what I just read online:


5th Annual Fashion On The Square

5th Annual Fashion On The Square

Chris March is a native of San Francisco, who most recently made audiences gasp during his New York Fashion Week, Bryant Park, Fall 2008 showing of an awesome collection. Chris March was one of the designers on Season 4 of Bravo's Project Runway and then went on to show his amazing collection in New York.

On Saturday, July 19, 2008, Chris will show a limited edition, never seen before, collection at the 5th Annual Fashion On The Square, on Union Square in San Francisco.

Fashion On The Square (FOTS) is the largest outdoor runway show on the West Coast. FOTS will rock the runway, in its 5th consecutive year on Union Square in beautiful San Francisco. Union Square sits in the middle of flagship stores such as Coach, Barney's, Macy's, Saks Fifth Avenue, Gucci, Bloomingdale's, Chanel, Bloomingdale's, Neiman Marcus surround this high retail location. FOTS 2008 will feature the hottest designers around the world, including Zambia, Africa, to be featured on the runway. This annual event is a fundraising effort for Fashion Group Foundation, San Francisco, Scholarship Fund (www.fgi.org).


kc.costumecouture@gmail.com
Posted by Kathleen Crowley at 4:06 PM No comments:

What Im Up To This Fine Month of June 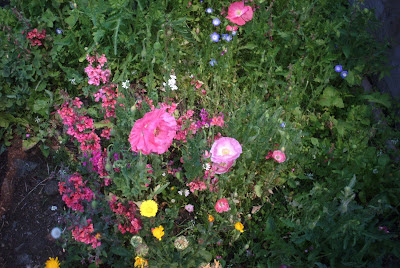 And an ant invasion after a big spider invasion.

And now the air is so filled with smoke from California burning, that I feel like I'm walking in a sci-fi movie outside!

I'm also trying to make my garden grow. Its growing, but I don't think it likes the plastic pots I put it in. Oh, well. Live and learn. Its clay pots for next year! The flowers are going crazy though! And the pumpkins are spreading out fine!

I am waiting for a big order of stretch velvet so that I can start back up on getting these Sampants™ out for all the ladies who have ordered them! Ive got color samples coming as well. Tomorrow I'll head down to the fabric store for some special order colors that I know are available there.

No red, though. Oh, its around, but it is a little bit more than I can afford to manufacture Fluffie Rufflies™ with. If you want to pay retail prices, I can make you almost anything your heart desires. Just keep in mind that I will be charging my custom prices with this. I do have my beloved sources searching for good reds and fabulous fabrics for me, though. I keep all requests in a book with me at all times, and when I see something, I grab it when I can.

I have a table loaded with laces and fabrics to cut into Fluffies. There is no rest for the wicked and I have been very wicked in my day! I would have it no other way, either.

I also have a list of custom work that is needing my attention. Molly is out on vacation and I cant wait til she gets back!

I am back on Facebook again. Half the time I cant get on tribe - or it takes so long that Im onto something else by the time I can log on. I'm about to update my myspace page and I'm working on an order form which will hopefully make it much easier to process orders and not accidentally skip over someones email/order. At least, that it what I'm hoping will happen. There just has got to be a better way than how Ive been doing things.

Yesterday I went to visit Moonalisa and her baby in the hospital. She had a c-section. I'd never held a c-section baby before - it was absolutely perfect in every way! No bumps, lumps, or imperfections. Wow. So baby and mom are doing well, and she hopes to be filling orders again in August. I'm in need of some new potions and lotions and I wont go anywhere else!

Monday I meet with my tax guy who is going to set me on the straight and narrow and tell me what I need to do next with this business that is growing. I'm very scared as Ive got penance to pay. Oh, but who doesn't if you've lived a rich life! You know what they say about death and taxes....The rebel days of yore are over and its not cute anymore to live starvingly in a garret. Lets leave that to the young. I want caviar now. Is caviar pc anymore? No, I just want to live a healthy life and make people happy if I can along the way. And shoes. I want shoes.
Posted by Kathleen Crowley at 2:15 PM No comments: 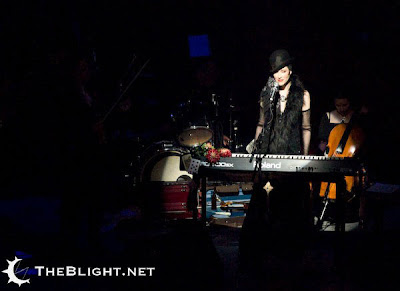 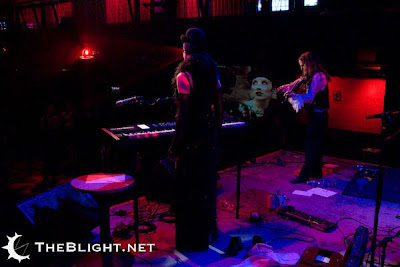 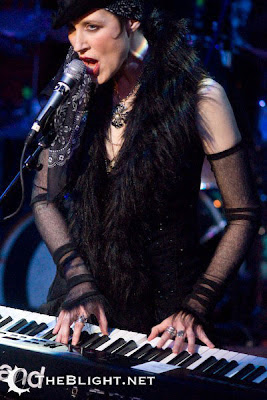 While you cant see all the detail in this fabulous jacket with tails, Jill sure looks amazing in these photos. Shot at her cd release party last week, Ms. Tracy was a knockout on stage and wowed the crowd as always!

I was looking for some kind of old fashioned looking fake monkey fur and I came up with doubling up on a fake fur that was kind of long, but not quite long enough.....it worked out really nice. It gave me some ideas for projects down the road, but we were pressed for time, and this is what we came up with. Very nice, if I do say so myself!

I'll try to post another photo of her jacket if I can get a full view shot. It was constructed of a sparklie overlay on a semi-shiny base. I added black sequins - hand stitched into a swirly design on the bodice back. Strips of the fur peeked out from under the bodice down around the tails in back. And then I made sheer arm warmers and trimmed those out with the same fur. Very sexy! Very dark rock and roll! 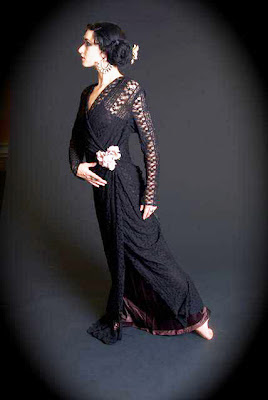 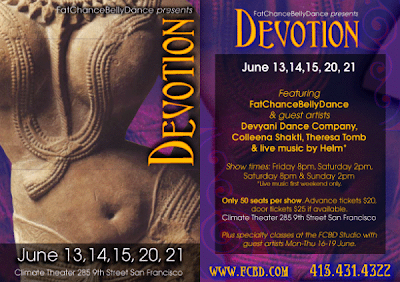 FatChanceBellyDance presents DEVOTION with special guests!
And of course, Helm is performing and I love them!

Kc.costumecouture@gmail.com
Posted by Kathleen Crowley at 7:13 PM No comments: 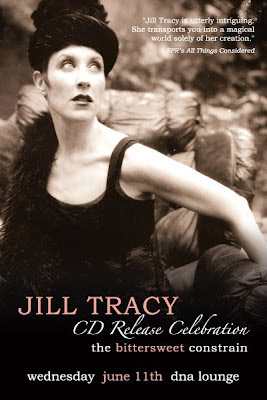 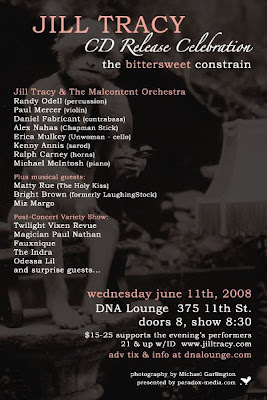 There is so much going on in June! There isnt a day without something fun to do or to go to!

I just finished up a fabulous little ensemble for Jill Tracy today. I cant wait to see her in it tomorrow evening! Not only is she Absolutely Stunning - and would be even in a burlap bag - but she is such a nice woman. And you cant go wrong with all that AND an amazing voice and boundless creativity!

So go if you can.....it looks like a wonderful evening!!

kc.costumecouture@gmail.com
Posted by Kathleen Crowley at 12:11 AM No comments: The lovely Miss Samantha Hasthorpe is modeling a Regency styled gown made up of screen printed navy netting. The edges were scalloped and trimmed out with metallic beads of antiqued gold. The same beads are dotted sporadically around the body of the dress.

A bias cut under slip of silk charmeuse lines the sheer gown.

Perfect for a poetry reading on the lake.

Or a dance in the moonlight.

kc.costumecouture@gmail.com
Posted by Kathleen Crowley at 1:39 PM No comments: