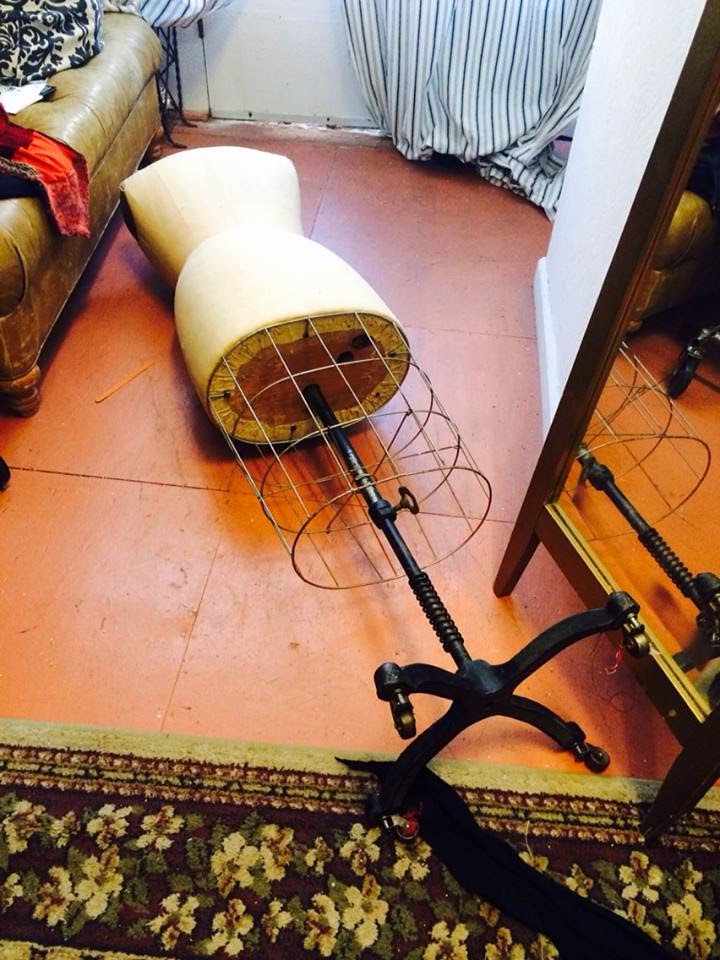 Posted by Kathleen Crowley at 10:48 PM No comments: 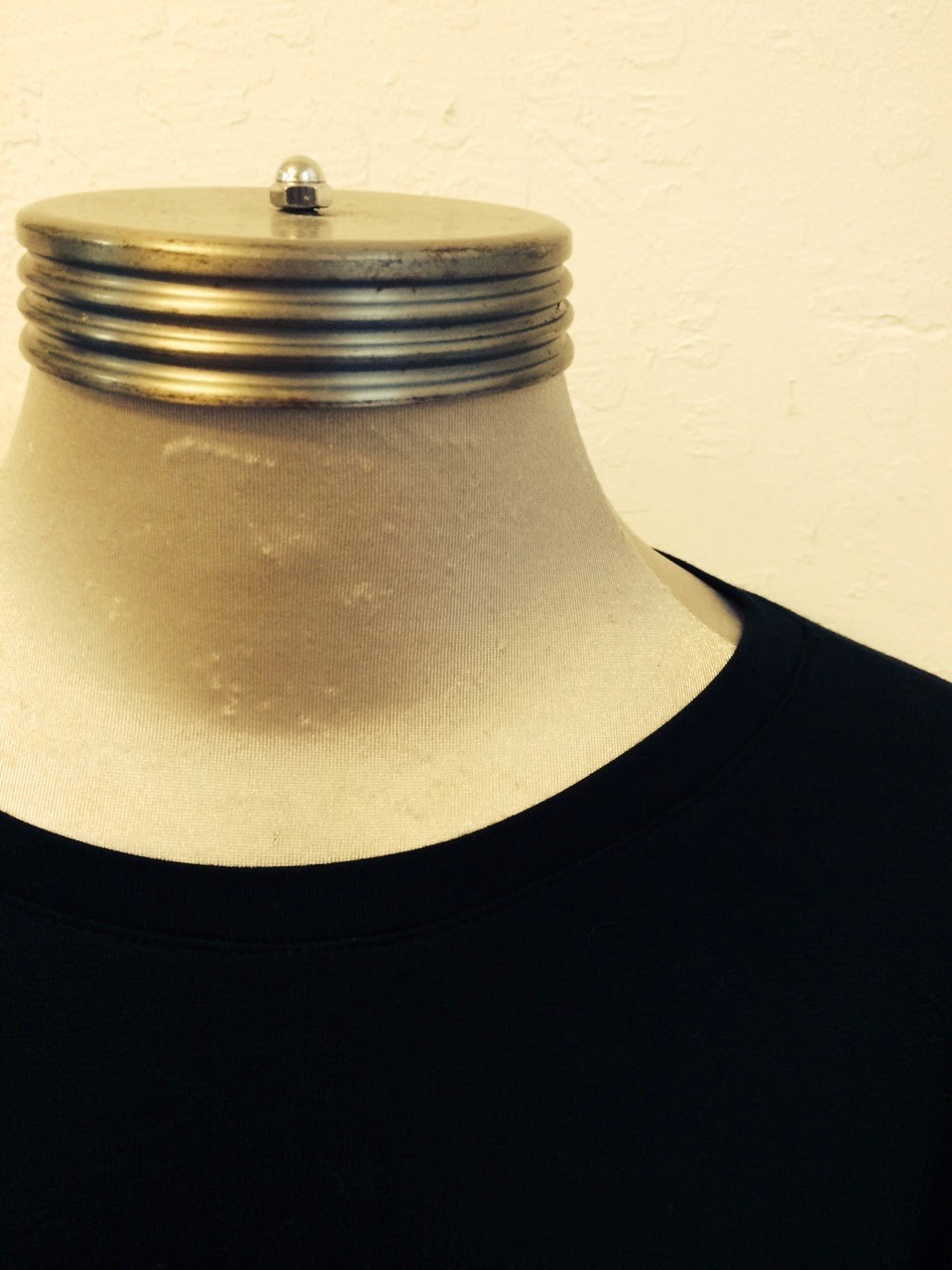 Ive been busy lately helping to set up a new sewing/design studio over at the FatChanceBellyDance, Inc. studio in San Francisco! I'll be working on my KCCC projects over here in the Crockett studio and *mostly* working on the Bessie line of clothing and accessories over in the city. So sorry to anyone who has attempted to contact me and didnt get an answer back.........Ive literally been pretty overwhelmed with juggling commitments and projects!

We now call the whole FCBD studio "Studio SF". It houses the FatChanceBellyDance studio and store, the Nakarali Jewelry Company, and the Bessie Design Studio and Boutique. Carolena Nericcio- Bohlman has completely redecorated the whole place = including swanky new fixtures and office! The dressing room is wonderful! Its coming along nicely!
Its pretty exciting!! 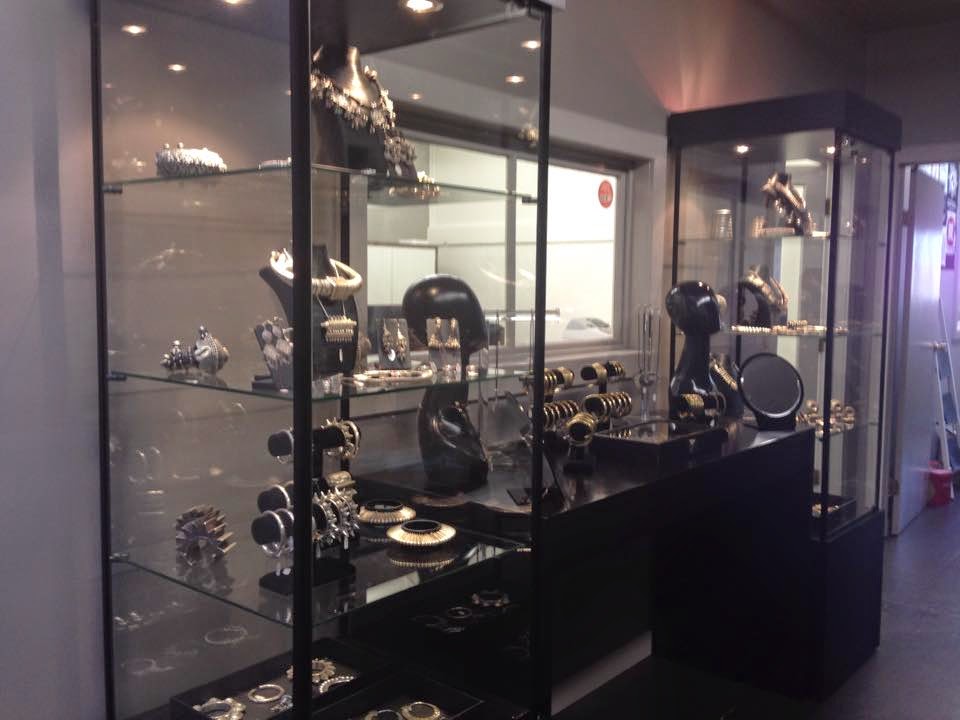 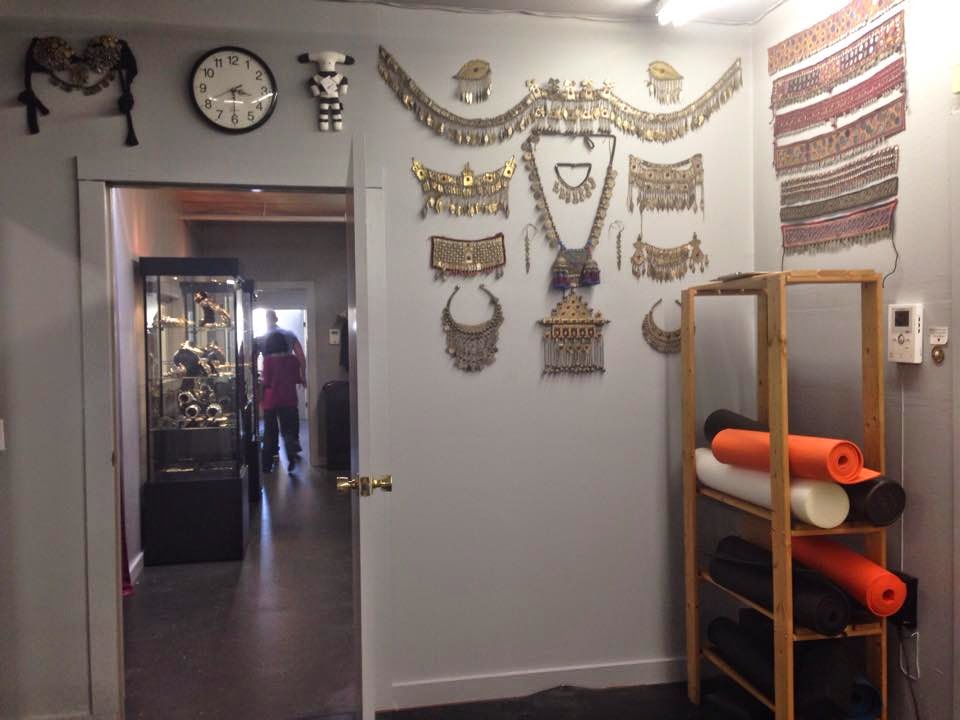 Despite the commute, I am liking this arrangement and I'm having a lot of fun! Not only am I seeing new and familiar faces again, it has been awesome for me to get out into the world - now I feel that I have the best of both!!!! (and my favorite fabric suppliers are right down the street!!!!! How I and my wallet have missed them so!)

At the moment, Carolena and I are learning how to master a new little  coverstitch machine that may very well be a game-changer in our Slow-Fashion production. After we did some research, she ordered the Janome Coverpro900. We're working with that slinky drapey cotton/lycra jersey and while Ive previously avoided it like The Plague, there is no denying that it makes a fine, wearable garment that is economical to produce. We have a cute little top that would benefit by a good coverstitched hem and neckline and we've got quite a learning curve. We will both be taking classes in how to use her. And the reviews and tutorials in the PatternReview.com website are invaluable.  So in true Gemini spirit, I am again in two places that suit the many facets of my personality and skills. One always feeds off the other. The New Baby: 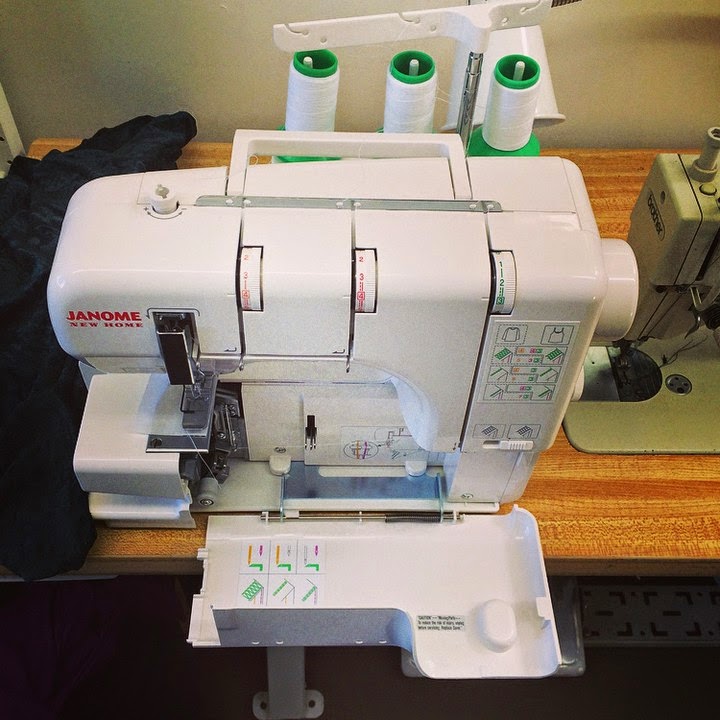 Every day we are rearranging and expanding our space - and making it work.  And when we've got it a bit more under control and flowing smoothly, we will expand to include a class or workshop or two....we have a lot of great ideas that I think will be fun to share!  For now, we are focusing on fullfilling orders, getting our stock up, and getting ready for vending at Cues And Tattoos in Seattle and then, of course, Tribal Fest! I see us expanding into other sectors...but baby steps. It IS Slow Fashion after all. We are right on trend. 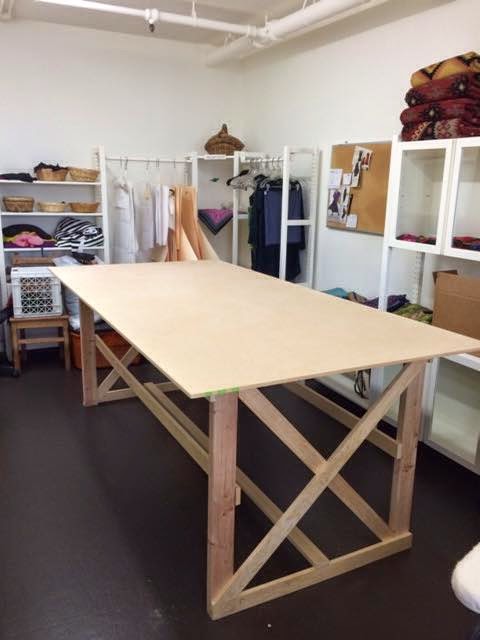 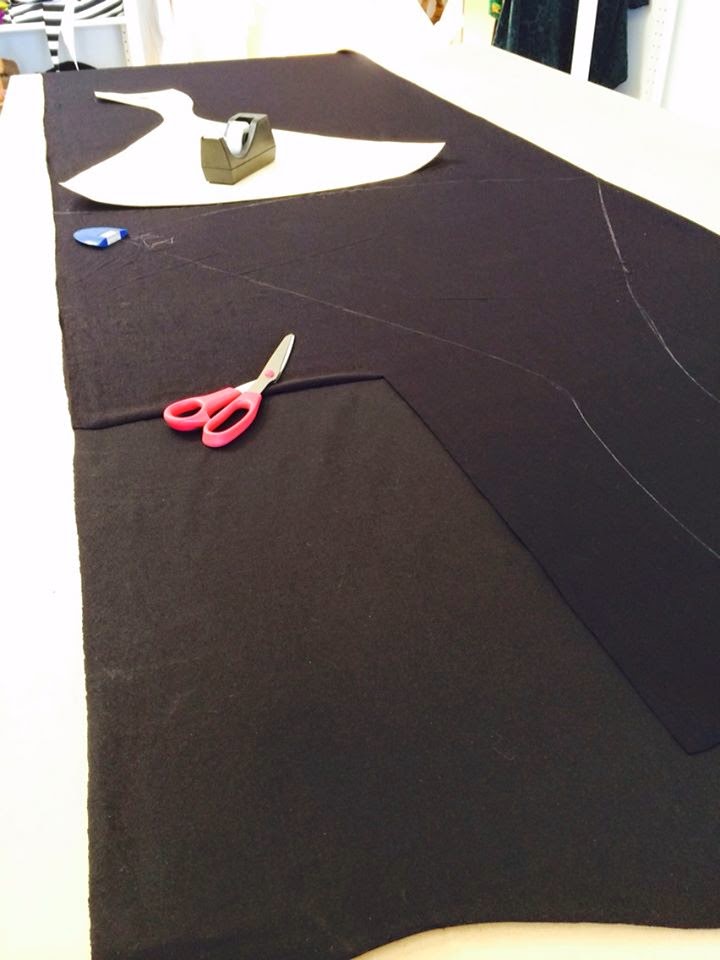 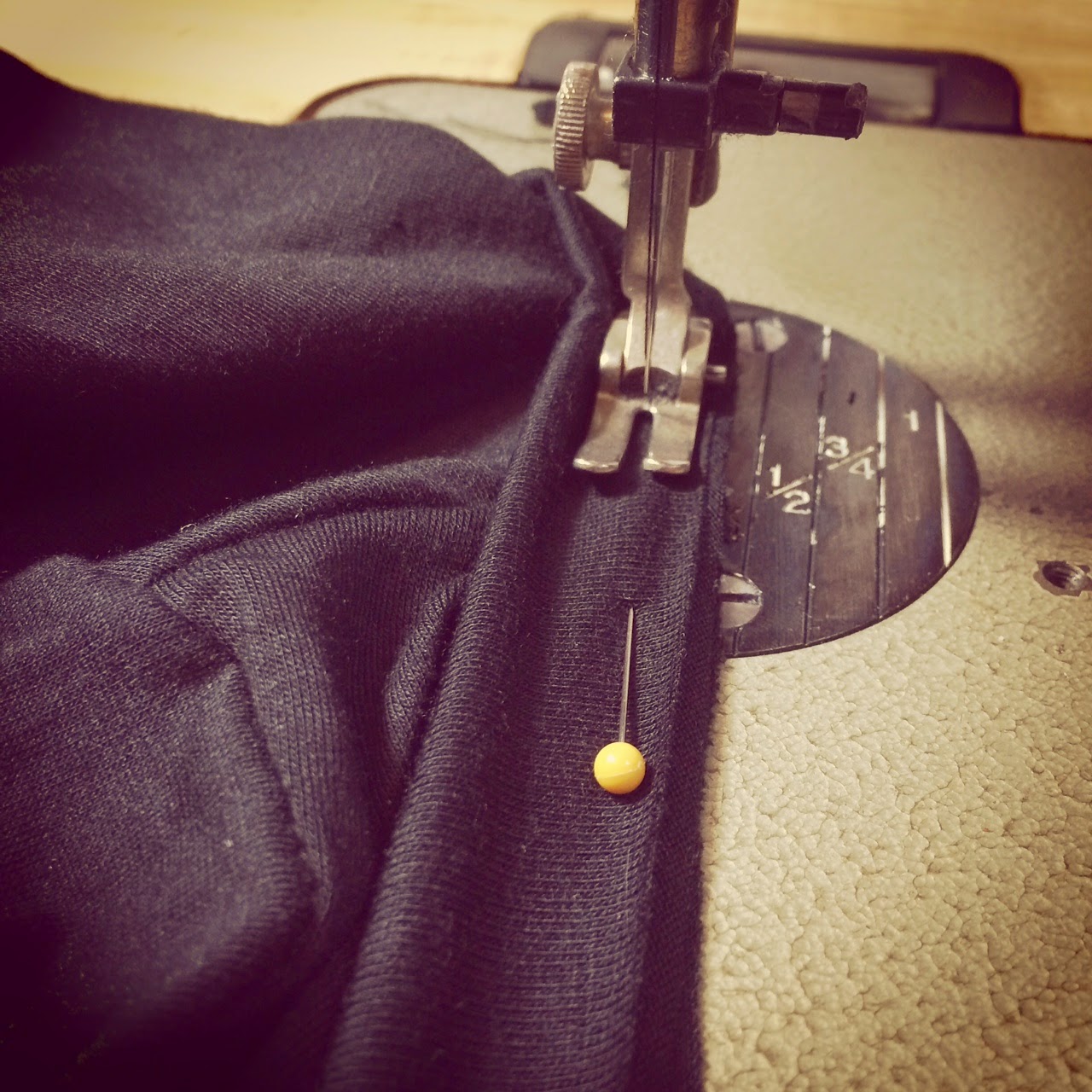 For ordering/shopping for your Bessie Design items, go HERE!! You can, of course, find out all about American Tribal Style Belly Dance and see what classes and workshops are offered!

Posted by Kathleen Crowley at 11:29 AM No comments: 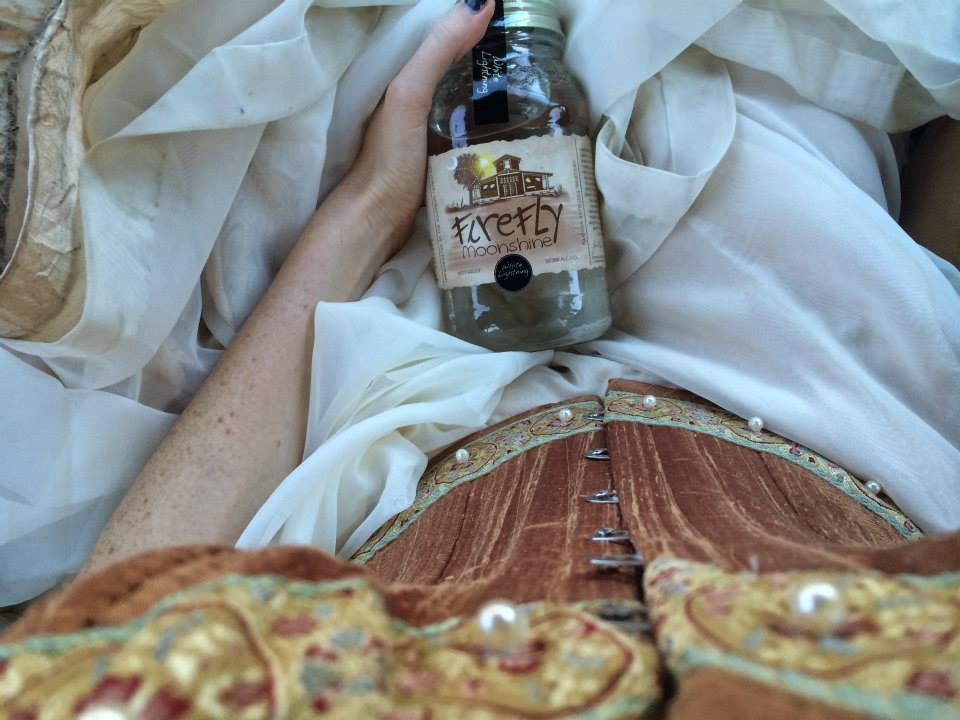 Posted by Kathleen Crowley at 10:44 PM No comments:

It was a Celtic Affair 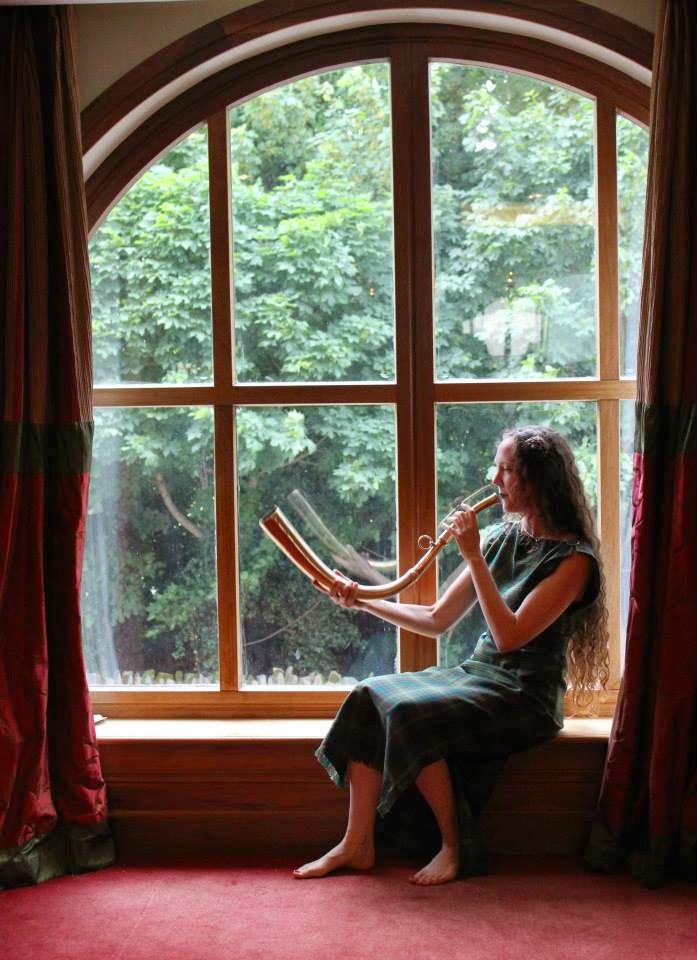 Erin Langley had me make this green plaid peplos (shift dress) before her trip to Ireland last year. Wool plaid with a matching belt adorned with a self covered vintage belt buckle - a piece that I happened to have found in my stash of things......... 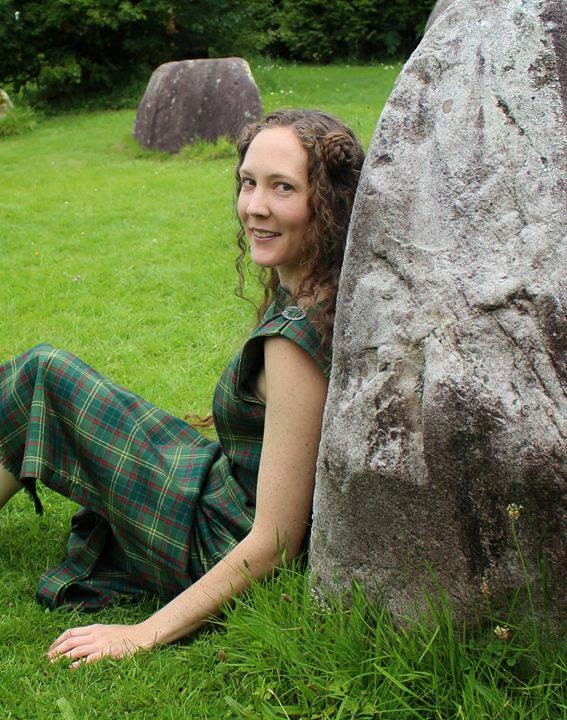 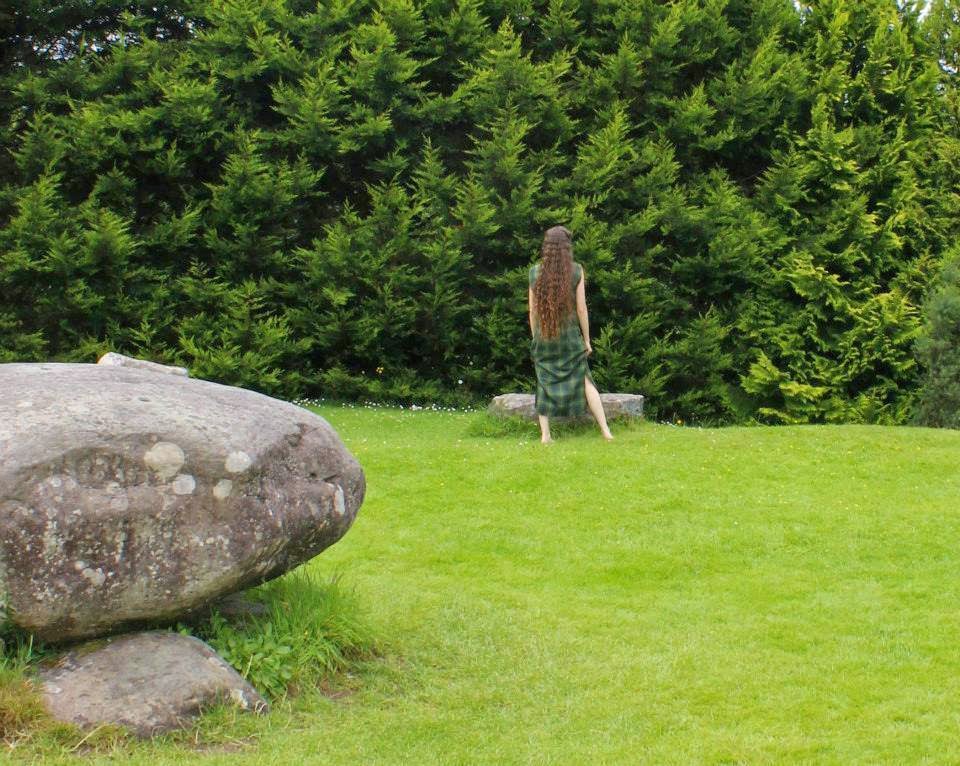 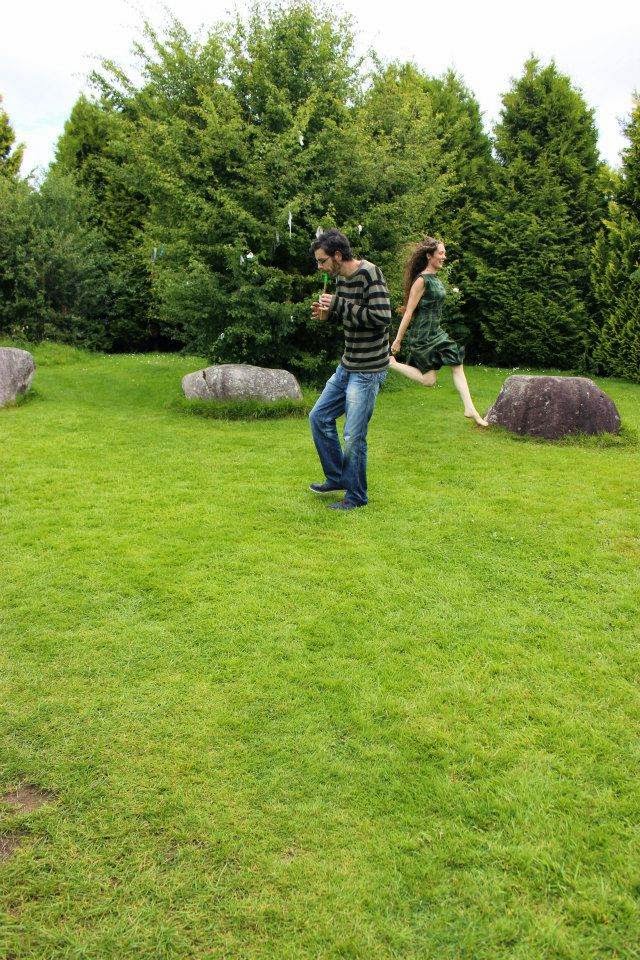 Not only did she have a blast, but I keep seeing pictures of her in it pop up in my Facebook feed. Gotta love it when you see someone getting a lot of use out of something you made! 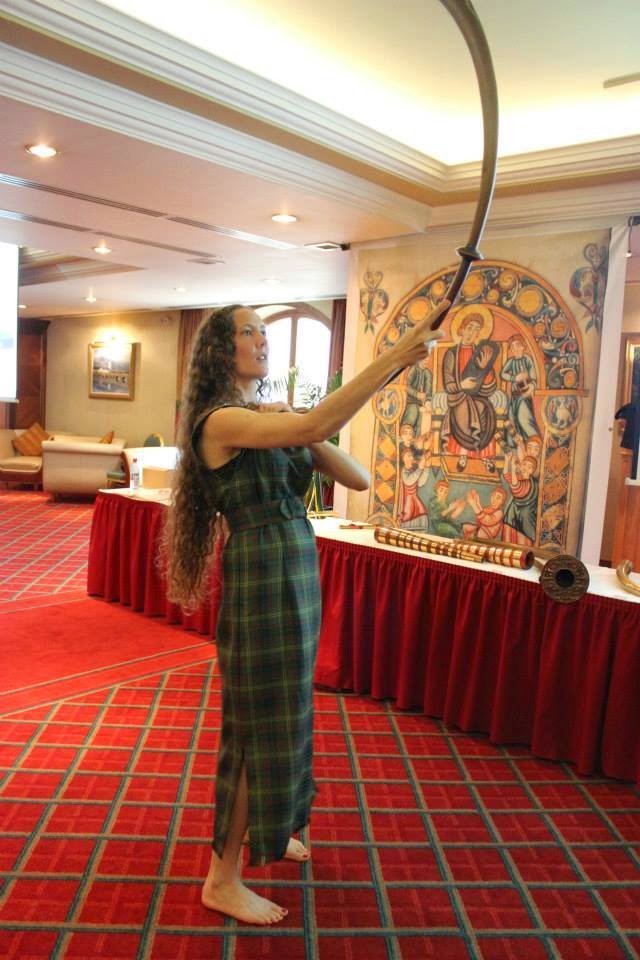 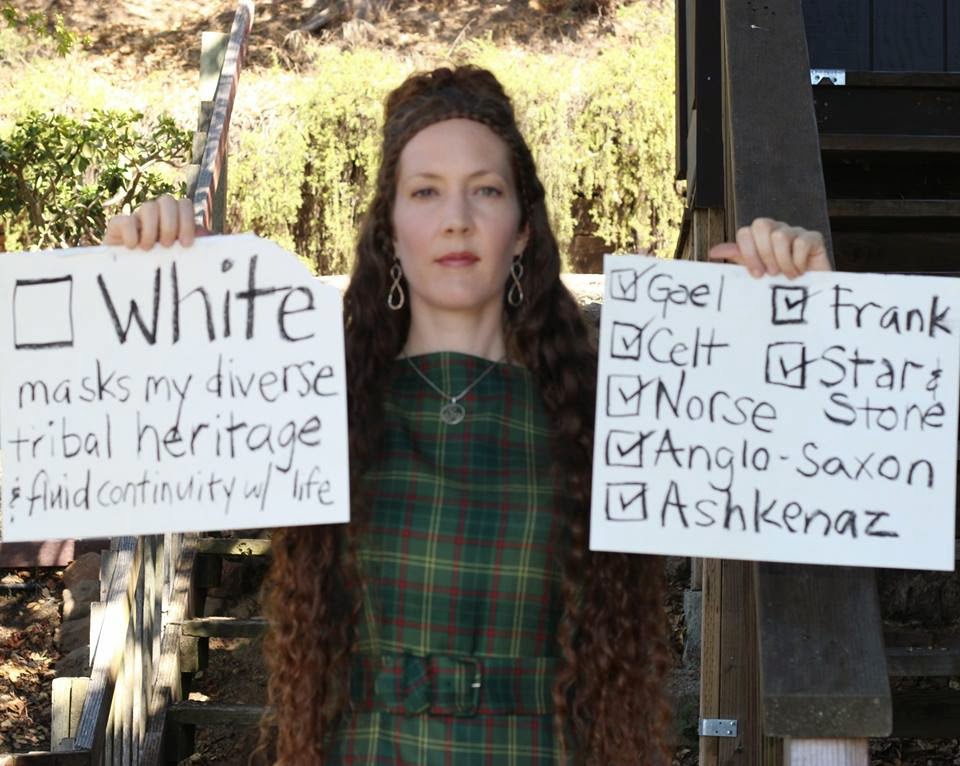 Posted by Kathleen Crowley at 3:10 PM No comments: 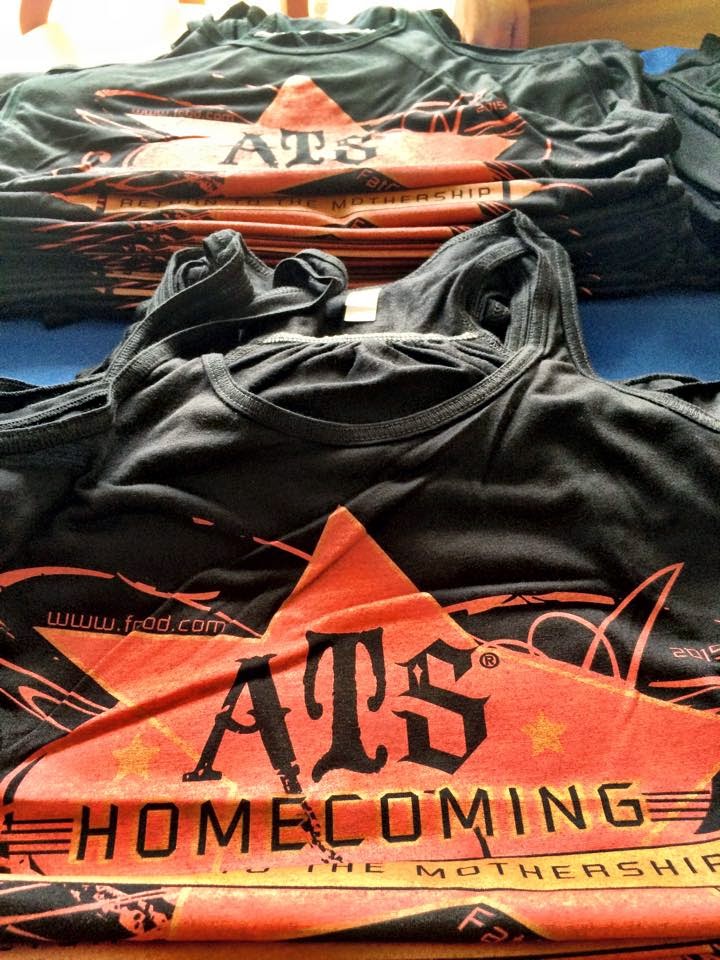 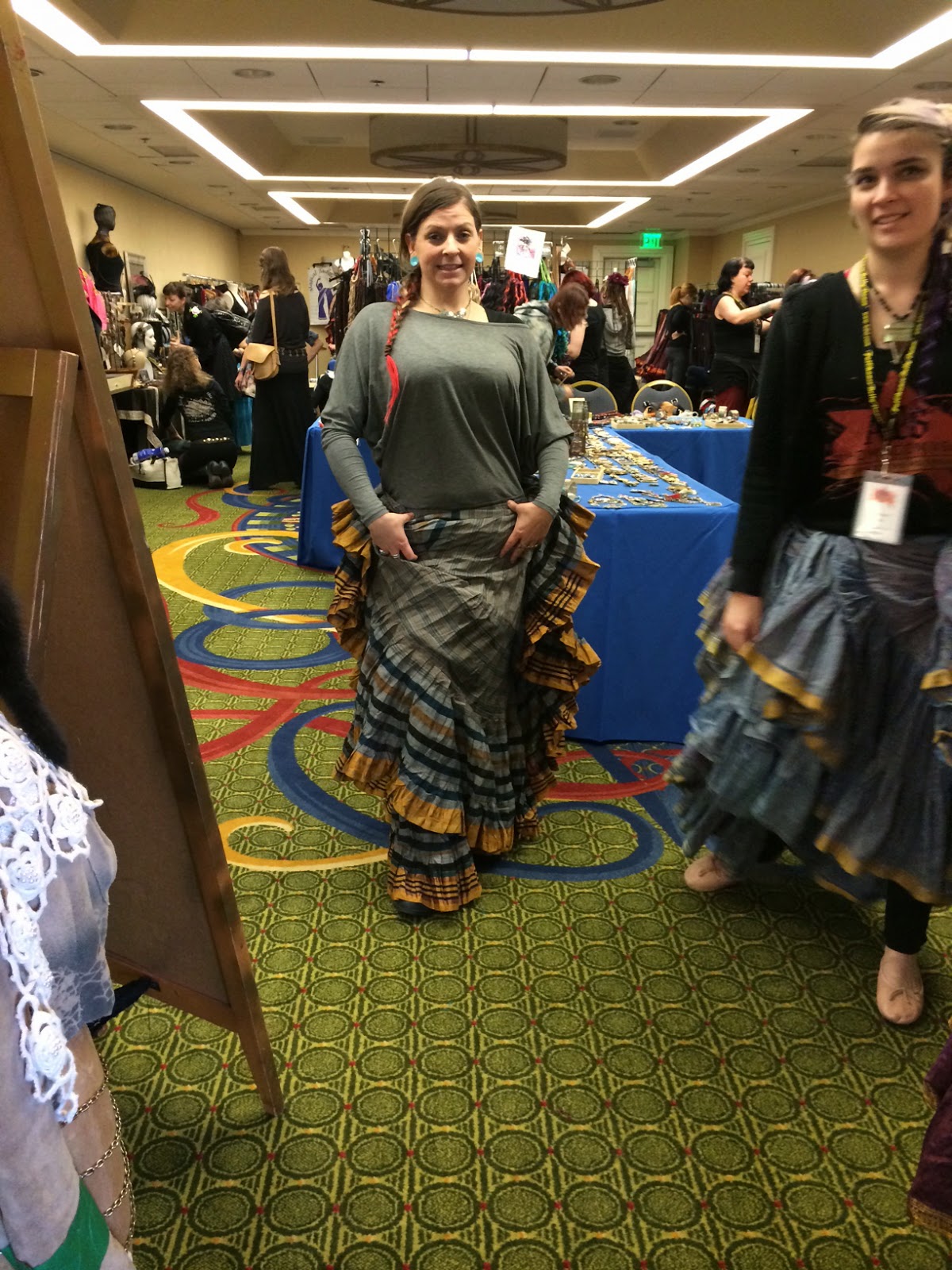 I seriously have a hard time describing the ATS Homecoming event that was held this January.........what an endeavor! Week long classes and workshops. Three days of Vending. I put on a  vendor fashion show and there were more performances than one could imagine. All American Tribal Style. All the time. Kudos to Carolena Nericcio- Bohlman and Terri Allred for putting this together and pulling it off! I was asking poor Terri questions constantly and her replies came faster than any promoter Ive ever worked with.

For those who may not understand what ATS Belly dance is, it is actually called American Tribal Style Belly Dance and is a style initiated and perfected by the troupe FatChanceBellyDance under the direction of Carolena who I mentioned above. I have been affiliated with these ladies in one way or another for a good 20 years. This was the first event of its kind that was completely 100% geared towards this dance style. Women came from all around the globe to attend. It was truly a homecoming........... 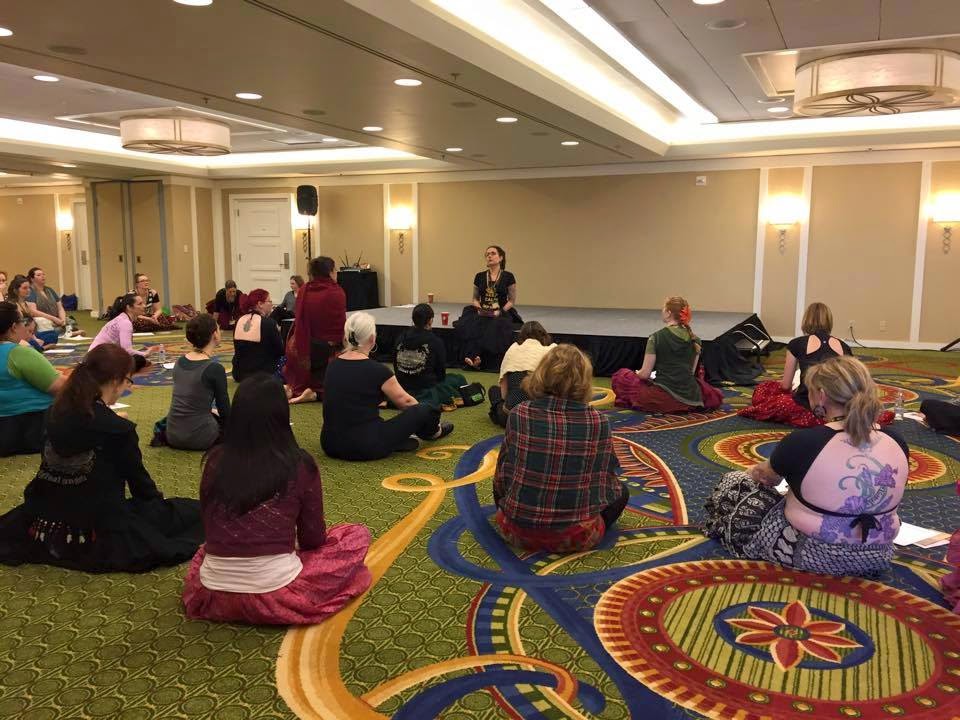 There was some down time during all the workshops, and we had a lot of time to hang out and catch up with each other - and then we would be swamped with either selling or catching up with our friends and customers - or both - and that's how these things work. Salomes' Suitcase came together once again to sell our unique and locally made artisan wares. 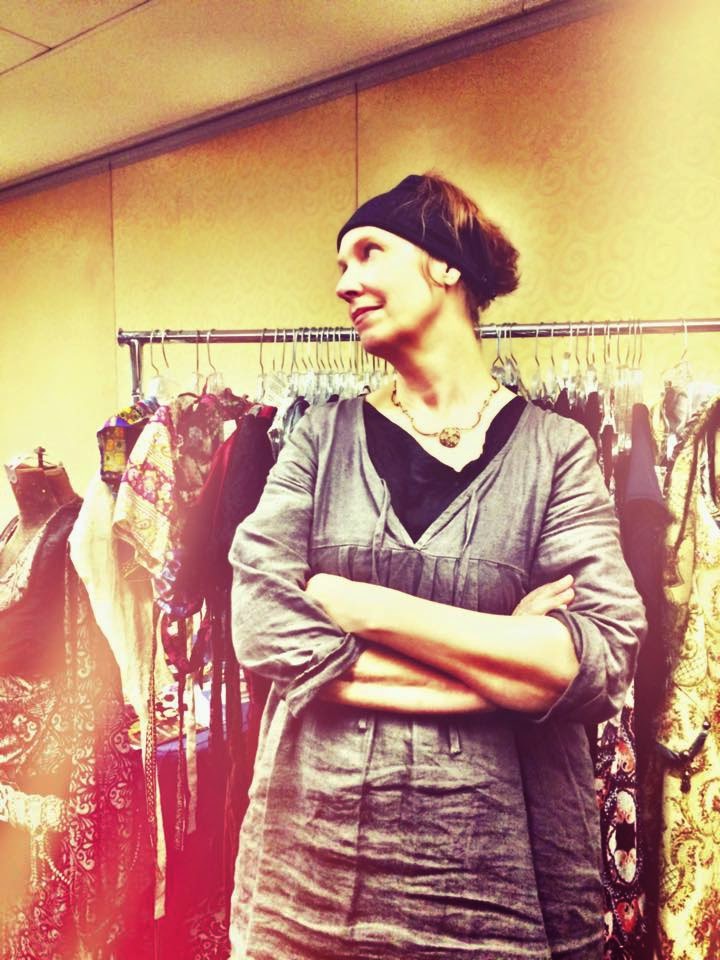 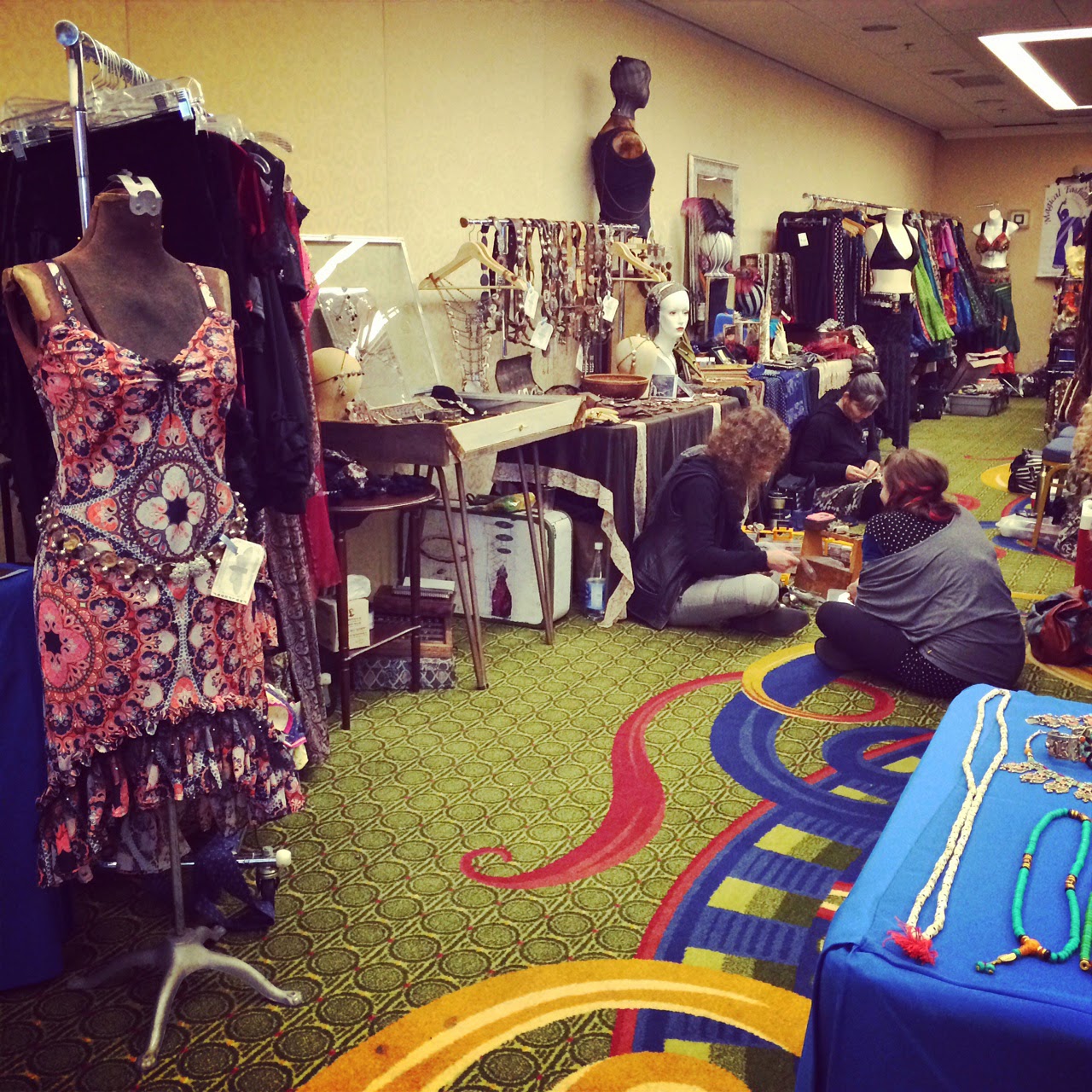 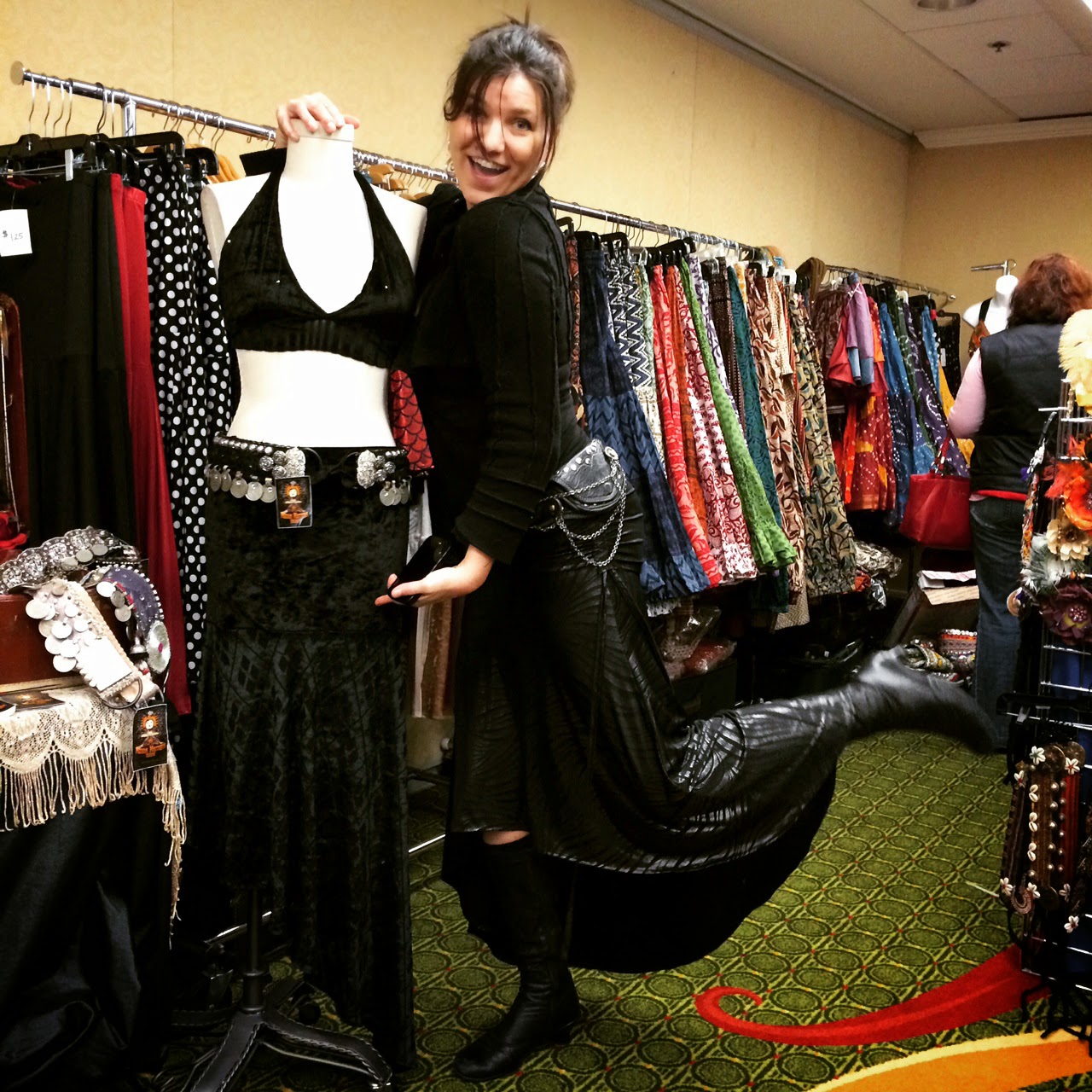 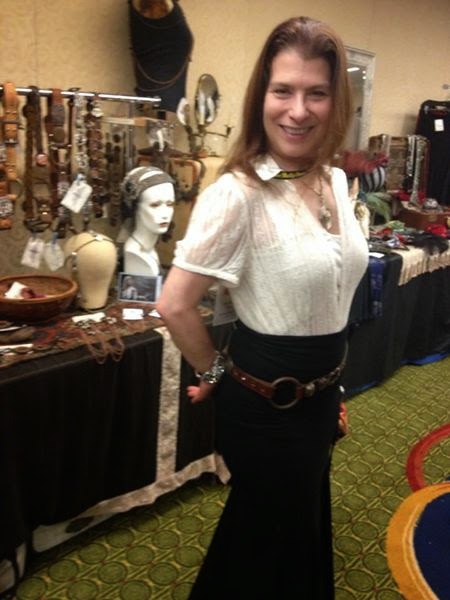 I threw together a fun little vendor fashion show on Friday night which brought attention to the vendors and I think everyone benefited from it nicely! And I got to know some of the vendors that I might not ordinarily have talked to as much. I made new friends - always a nice thing to experience......here is Cyndi Elliot working her Bessie as Carolena MCs in her Bessie........... 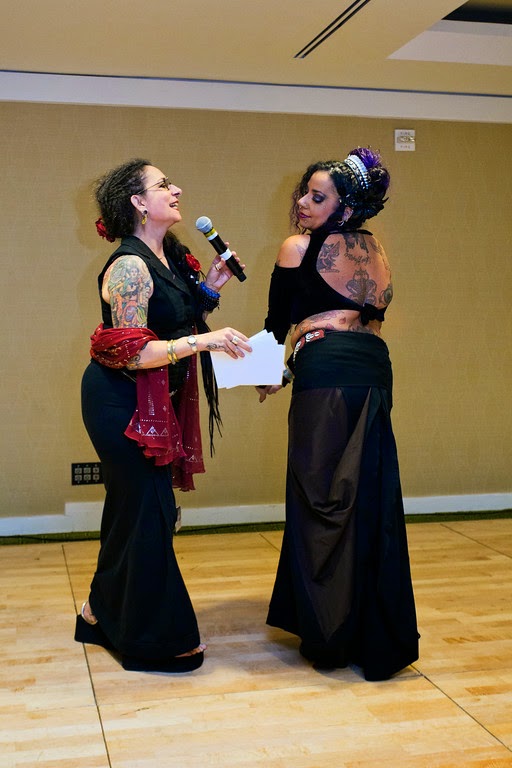 The Bessie line that Ive been working on was featured and sold at the FatChanceBellyDance booth - and pretty nearly sold out! The Bessie skirts were being worn everywhere and that was so rewarding to see! 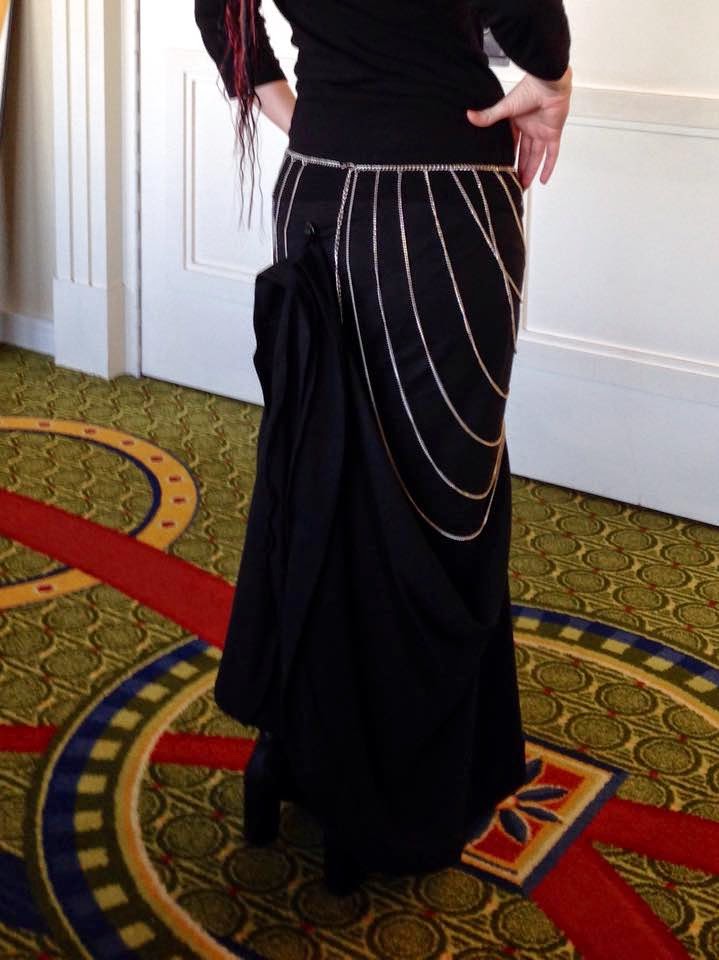 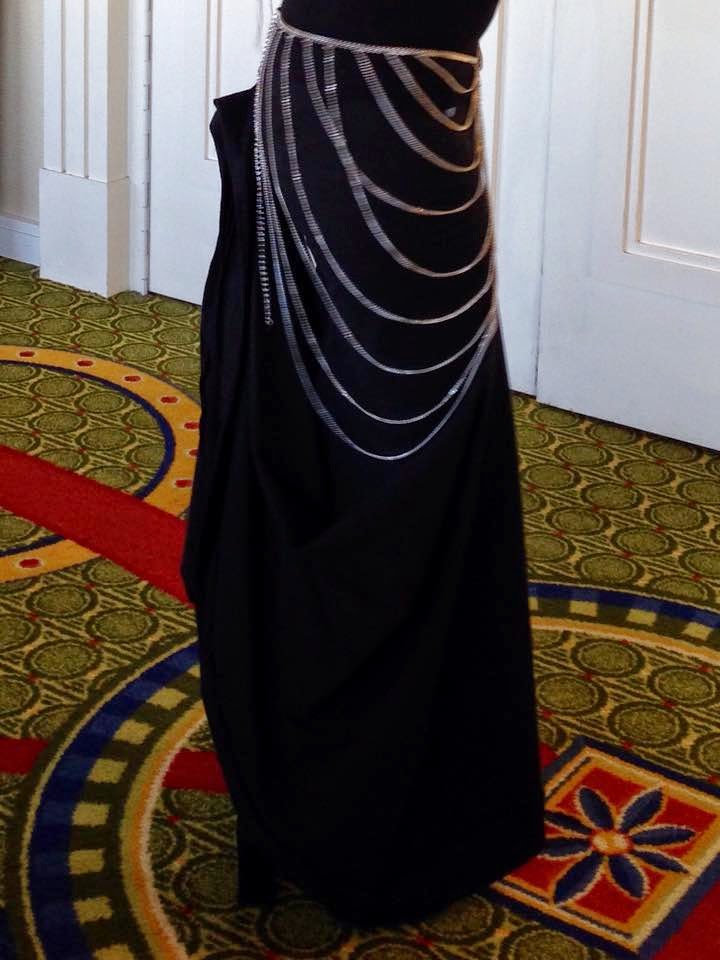 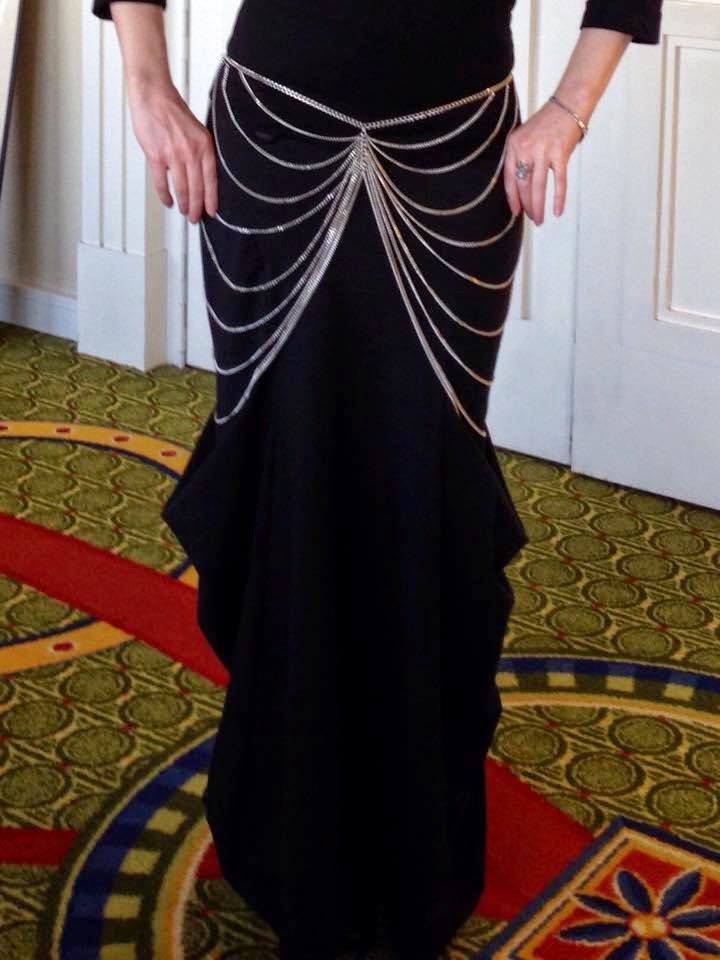 That was Bethany Maxwell showing off her skirt. She was stage manager and worked the skirt during the duration of most of the event!

Michyo Salsbury showed me an iPhone cover that her husband made of her wearing her Bessie Skirt! That is the cutest thing ever........... The tears they were falling like rain at the end of the event as the participants went home. There was so much bonding that week that it was hard for many to leave. I don't often see that. So we are all excited to participate again next year at the Hilton - a much better venue.Thank you, Carolena!! 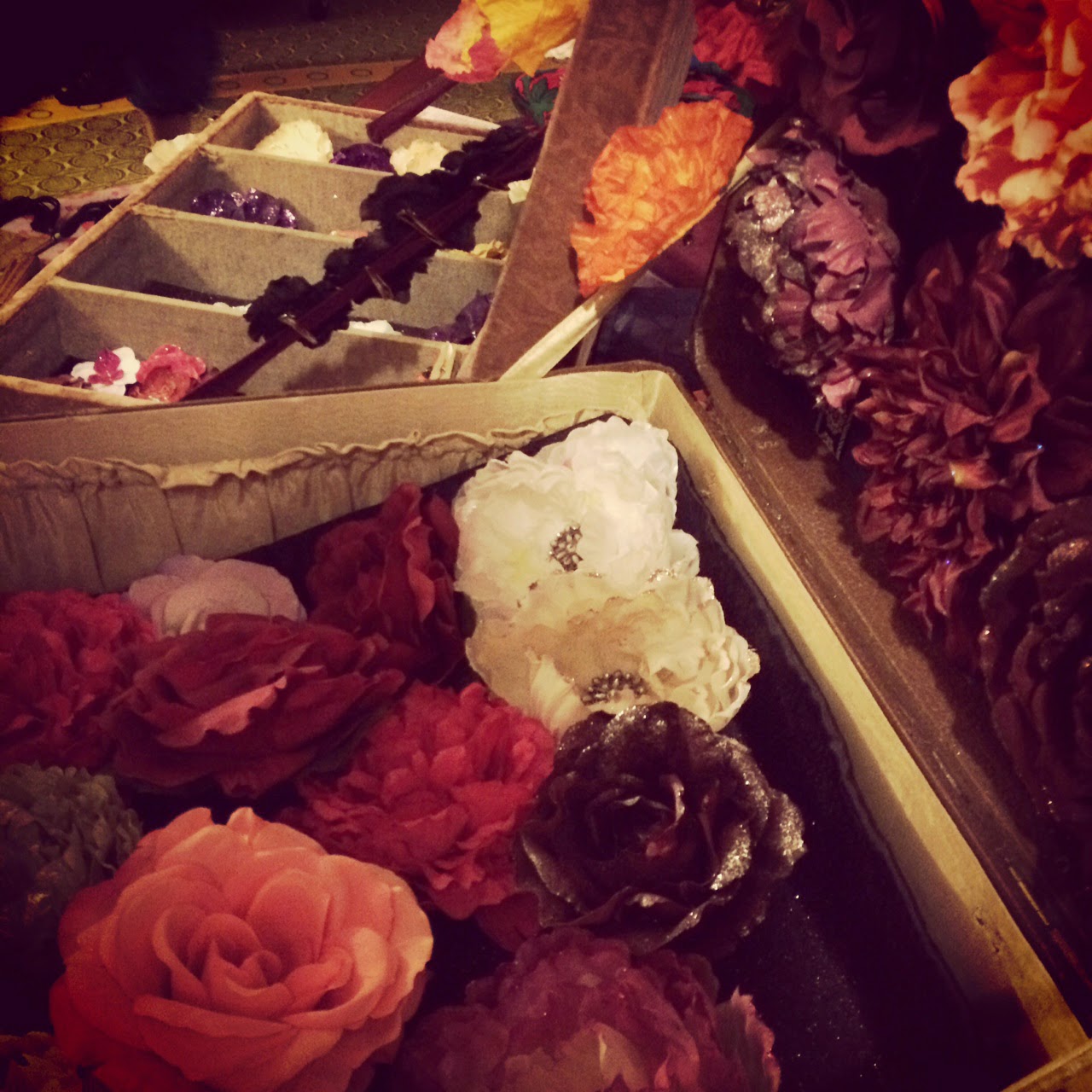 Get your Bessie skirt here!!!!
Posted by Kathleen Crowley at 2:30 PM No comments: